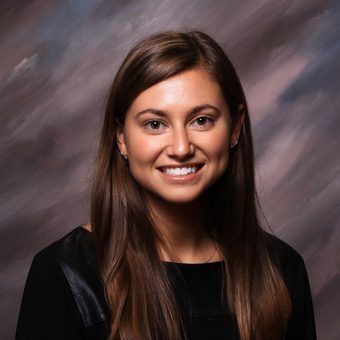 One of Madison’s earliest memories was her parents’ promise to take her and her brother to all seven continents by the time they were 12 years old. Her mother (Sam McClure) took this promise one step further and started Small World Travel when Madison was five years old, and she has been her “guinea pig” ever since.

Madison got her first passport at age 4 to travel to Ireland, London and Italy. They learned to snorkel in the Galapagos Islands and how to hike (on their parents’ backs) up to Machu Picchu before heading on a research safari in South Africa by the time she was 7 years old. They spent summers biking through France, Belgium, Croatia, the Netherlands, the Czech Republic, and the Canadian Rockies, and she managed to survive on mifan in China at nine years old. Madison turned 10 while learning to drive a zodiac in Antarctica and 12 in Australia, climbing the Sydney Harbor Bridge. And just like that, her parents kept their promise, and she was officially hooked on exploring the world.

Madison’s love for new adventures pushed her to leave home in Austin, Texas at 14 to attend the Hotchkiss School in Lakeville, Connecticut and Colgate University in upstate New York. She spent her first summer in College studying International Relations at the London School of Economics and her first semester sophomore year at University College London. While abroad, Madison put her travel-planning skills to test, traveling almost every weekend throughout Europe and Morocco. When given the opportunity to choose destinations for her high school and college graduation presents, she selected several new and different destinations – Turkey, Cambodia, Vietnam and Madagascar.

Those who know Madison well know that there is no match for the excitement she experiences when she is traveling. She has been very lucky to have traveled so extensively , and by joining Small World Travel, she hopes to spread her passion for adventure travel with as many people as possible.


Words to live by: